‘Old yet ever new’

Held for the first time in the UK for almost a decade, BGTW’s New Forest based AGM has been hailed as a great success. The Guild’s Chairman Alastair McKenzie said; “The buzz among visiting members has been amazing. All week I’ve been listening to them enthusing about the scenery, wildlife and hospitality they have discovered in the New Forest and their plans to return for a longer visit. You only have to look at what they’ve been saying on social media while here to see that enthusiasm.”

Over the last few years the New Forest has re-invented itself and become a sophisticated romantic rural retreat within easy reach of London. By blending this new style of high class accommodation and quality locally produced food with the more traditional magic of its landscape and intimate hospitality, the New Forest now provides an appealing and very accessible alternative to chic city breaks. 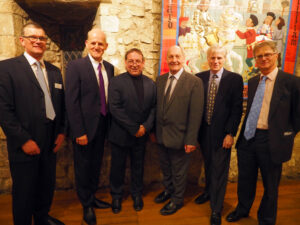 Go New Forest Chief Executive Anthony Climpson said “the New Forest is not just a great destination for romance, its traditional appeal to the family market has also taken a massive leap forward recently with the addition of exciting new developments such as the Cable Wakeboard at New Forest Waterpark and Lost Kingdom at Paultons Park & Peppa Pig World. These create the perfect adjunct to the sheer joy of the natural open spaces, wooded glades and 43-mile coastline of the New Forest itself.”

In addition, the itinerary included New Forest Platinum Tours; Guided walks by Fuzzacker; Kayaking and archery by New Forest Activities; Off road cycling with Cyclexperience; Mindfulness therapy with Horse Raft; A visit to a Commoners smallholding; A tour of Hockeys Farm and Lyburn Cheese; The Kitchen Cookery School at Chewton Glen and a personal introduction to the ancient Court of the Verderers. 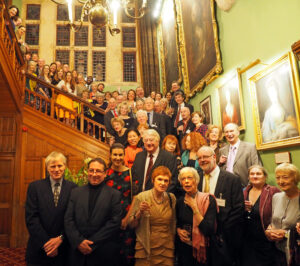 A Gala Dinner was hosted by Lord Montagu of Beaulieu in the Domus at the National Motor Museum and the event concluded with excursions to some of the great places that can be visited when staying in the forest – Winchester, Salisbury & Stonehenge, Bournemouth, Shaftesbury and the Isle of Wight.

For comprehensive information of things to do, places to visit and the types of accommodation available in the New Forest, visit www.thenewforest.co.uk.

To market and manage the New Forest as a unique place to live, work and visit in co-operation with all interests and in doing so enhance our environment and grow business.